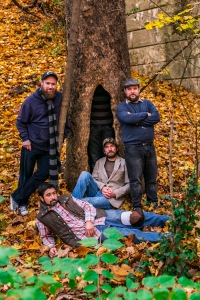 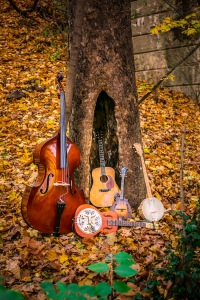 A progressive bluegrass band, based out of Columbus, Ohio, available for festivals, weddings and events (Americana, Traditional Bluegrass, Jamgrass).

While on the surface they appear to be exactly what you’d expect,  take a listen and you may surprise yourself with how unique their sound really is.

These soldiers of Americana storm the fortress of your predetermined notion of what bluegrass is, shatter your boundaries with their tight instrumentation and strong vocal harmony, and when the last toe has been tapped and knee slapped – you will know they are victorious, in the name of Perennial Rye.

James has been an active musician since he returned to his home town of Columbus, Ohio in 2012.  His whole family has a deep fondness of music, and James has taken a musical path since he first laid his hand on a cello at age 9.  Within weeks of returning to Columbus after 11 years in Chicago & Maryland,  he joined up with Perennial Rye after a weekly, late-night bluegrass jam.  In addition to playing Banjo with the Rye guys, James also plays guitar and bass in various projects in Columbus, such as Bloodthirsty Virgins and Knot Brothers.

Mark has been shucking dobro strings and howling with Perennial Rye since their inception.  A California native who made his way to Columbus in 2010, Mark has enjoyed a life of playing music since his first guitar in 1992.  He is at home on a variety of stringed instruments both acoustic and electric and has shared musical adventures over a good span of the U.S. Awarded “Best Guitarist” by the Chico News and Review’s CAMMIE awards in 2008, he remains active in multiple projects around the Columbus area. Past and current projects include Knot Brothers, Ten Mile Tide, The Resisters, 2me, Jumbo Chimps, and Chingus.

Zach’s family history in Appalachia runs deep, at least as far back as the 1640s. His great grandfather played banjo and ran a general store along the Ohio River. Zach’s previous projects include Cap City Bluegrass, Sawmill Ridge, and a raucous run with the Denison University Bluegrass Ensemble. He is a founding member of Perennial Rye, and has studied mandolin under some of the current greats from Nashville to Central Ohio and beyond. Zach can often be found at bluegrass jams around central Ohio or you might encounter him backpacking on a remote mountain trail.

Bo is an upright bassist and occasional vocalist for Perennial Rye, is a Columbus native and has been playing bass since the 1980s. Bo’s diverse musical influences range from Metal, Punk, Prog Rock, and Ska to Jazz, Classical, Show Tunes, and now Bluegrass. Bo has performed in such local Columbus bands as The Enlargements, The Fear Biters, Spider-Frendz, The Spectre, and the Columbus State Jazz Ensemble. In addition to the upright bass, Bo plays the electric bass, fretless bass, guitar, cigar box banjo, accordion, and tuba.

Jeff grew up in Mt Sterling Ohio. He was raised in a family of southern gospel and bluegrass influenced musicians. He picked up the banjo at the age of 16; the guitar and mandolin followed. After high school he moved in with his grandfather, where he developed a love for bluegrass. His Grandfather’s love for the music inspired him to play. He began to combine his other musical interests with his grandfathers bluegrass teachings. Within a short time he was playing in a variety of projects with his family, his church praise band, the Westerville project, and Doeliska.